Latin American Politics (graduate and undergraduate). Every Spring since 2021. 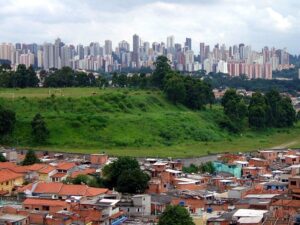 The world’s most unequal region is an area of contrasts. Ethnically diverse, stable and tumultuous, young and old, urban and rural, learned and illiterate, prosperous and poor, independent yet dependent. The disparities that have characterized the region since colonial times has been a permanent source of instability and the cause of numerous political and economic experiments. Social scientists have found much material to study democratic innovations, revolutions, coups, civil wars, military dictatorships, impeachments, populism, clientelism, corruption, import substitution industrialization, neoliberalism, socialism, regime changes, social movements, welfare policies, regional integration, and diversified leadership. The overarching question to be explored in this course is what forces affect the emergence, development, collapse, reemergence, and consolidation of democracy. To understand the region’s present, it is necessary to study path dependence. Thus, the course centers in three historical periods. First, we will briefly examine Latin American history from its conquest to the end of World War II (1492-1945). The aim is to uncover the demographic and geographical setting with its economic, social, and political evolution. The second part centers on most of the Cold War period (1947-1978) and its combination of political and economic experiments. The third part covers the last forty years, from the wave of transitions to democracy to current challenges to democratic consolidation.